First we show some sentences from Beyond the Smears (BTS). It is immediately obvious that KM has copied chunks  of the article word for word  from Madeleine, thus ensuring that her own version remains consistent with what had already been printed. Smart, eh?
But, even more interesting – the truth always remains the same? – are the  alterations. The second sentences are by Kate McCann. (KM). 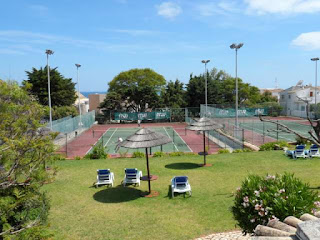 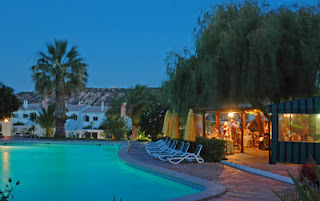 BTS: The Paynes were on the floor above, the only couple with a functioning baby monitor. Russell O’Brien and Jane Tanner had brought a monitor too, but theirs wasn’t getting much of a signal from the Tapas restaurant 50 yards away.

KM:...Dave and Fiona, who had a state-of-the-art baby monitor with them.
What happened to Jane's baby monitor,  Kate? Why was it abandoned ?

Dear Mr Smith, In your article "Kate and Gerry McCann: Beyond the smears", from 16th December 2007, you mention this fact: "Russell O’Brien and Jane Tanner had brought a monitor too, but theirs wasn’t getting much of a signal from the Tapas restaurant 50 yards away." The couple never mentioned to the PJ that they brought a monitor as well, in all their statements they claim that the Paynes were the only ones with a baby monitor. Only in April 2008, in the rogatory interviews conducted by Leicestershire Police, this piece of information appeared. It might seem a small omission, but in the light of possible neglect charges, would have been important. Jane Tanner claims in the rogatory interview that she brought it with her in the evenings and positioned it on a ledge/wall behind her. This was NEVER mentioned to Portuguese Police as the released statements show. The question I have is, how did you get this info before the rogatory interviews even took place? I know you have to protect sources, but this seems a very strange inside knowledge. Thank you in advance. Kind regards [Johanna]


BTS: [on GM's 9.05 "check"]: Gerry paused over Madeleine, who – a typical doctor’s observation, this – was lying almost in “the recovery position” .

Jesus Christ! Recovery position? What they do with you when you’re drugged or unconscious? Recovery position? A sigh of relief all round when we get the "developed" version.
KM: Madeleine was lying there, on her left-hand side, her legs under the covers, in exactly the same position as we’d left her.
Whew! Thank goodness for that. Abandoned
_____________________________________________________
BTS: Putting the door back to five degrees, he went to the loo and left to return to the restaurant…
David James Smith, do you ever get the feeling you might have been used? Five degrees? When did your wife last ask you, “did you shut the door, darling?” And you replied, “yes, dear, five degrees.” Come on.
KM: After pulling the bedroom door to, restoring it to its original angle, he went to the bathroom before leaving the apartment.
_______________________________________________________
BTS: It is widely believed among the Portuguese media, and perhaps the police too, even now, that the McCanns called Sky News before they called the police. For the record, Sky News picked up the story from GMTV breakfast television, at around 7.30am the following day.
No, not before the police. DP emailed them afterwards - as was long denied but as  KM has to admit. How did BTS  miss that, do you think?
KM: Dave, seeing Gerry’s anguish and frustration at how little was being done, blah blah knew Madeleine needed more help than she was getting blah blah…at some point before the PJ left he sent an email to Sky News...
_____________________________________________
BTS: The PJ had told them four weeks earlier [August 12]  they were going to be subjected to formal interviews and the McCanns had stayed on, instead of going home at the end of August as originally planned, [our italics] waiting for the interviews to take place. Waiting. Waiting.
KM: [mid-August]However, for many weeks I’d fought against the idea of going home. Even considering it was an enormous emotional and psychological mountain for me to climb. We had always said we would not leave without Madeleine, and I still felt that to do so would be to abandon her. In mid-July I had slowly started to come round to Gerry’s way of thinking – we had to return some time, after all – but now, a month later, with matters taking a turn for the worse, there was even more reason to stay. If we didn’t, it would feel as if we were caving in to the bullying tactics of the media and the PJ. We were beginning to suspect that there was an agenda to force us out of the country and take the pressure off the police. I had no intention of allowing that to happen.
And
KM: On Monday 27 August I had a call from Esther McVey, a Liverpool friend from my late teens, by then a television presenter and Conservative parliamentary candidate. Esther was on the board of Madeleine’s Fund. She said she was scared by our current situation and uncomfortable with what she felt was a ‘political shift’. For our own safety, and ‘to protect Madeleine’s good name’ (I wasn’t quite sure what she meant by that), she thought we ought to come home. It seemed I was being pressurized from all quarters and I didn’t like it.

As it happened, however, the very same day we learned that we would need to vacate our villa by 11 September – news that put a different complexion on matters and forced Gerry and me to tackle this difficult and emotionally charged issue.

So no, "as originally planned" was the old database failing again. It wasn't true