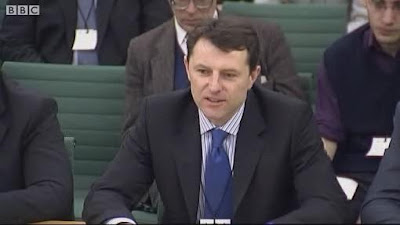 When we wrote about the “Foundation Lie” we described  Gerry McCann addressing  the Commons committee in March 2009 by reading out a framework of a history, a narrative of events in 2007.
It  began with a brief paragraph on the usual “we had to engage with the media who’d suddenly appeared” stuff  before moving on to the real beginning, the “decision to step back from the publicity” in the summer, followed by the “mysterious” onslaught on the McCanns by a wicked media. It excluded almost all that had happened in between.
It was essentially a development of the story  that GM had started telling everybody at the time of his visit to Edinburgh in festival week, also in a recent Bureau,  and that was no accident. By 2011 the narrative appeared in its final form in Kate McCann’s Madeleine and was expounded to the Leveson inquiry in 2011/2012.
Why did history for the McCanns begin in August 2007?
The short answer is - that’s when the McCanns engaged a criminal lawyer.

They did so knowing they were going to be questioned as arguidos. From then on, their task was to prepare a convincing defence case to save themselves. And, eventually,  they would have a battery of lawyers and journalists to help them do it.
Until August the McCanns had been obliged to play the tabloid-invented role of  innocent  suffering victims “working  with the police”. Now, with the PJ finally showing their hand, all that was going out of the window.
There were limits to what could be done about the police statements: they were fixed in stone. There was room, though, to hide or muffle them using the secrecy rules,  the language barrier, the confusion and their state of trauma early on. If  a police vendetta was added in – impossible while playing the “working with the police role” - then  they might withstand all but a determined prosecution.
But there was no appetite for a prosecution, in Portugal or the UK. With luck the PJ, who, as GM guessed on September 11 had “nothing” solid, would abandon the case and the police documents would never see the light of day. Who then would start combing through the millions of words of leaks and counter leaks to decide stuff like whether GM had used his key to the apartment door  at 9.05 or not? Most of it wasn’t  even available in English.
“Yes,”  goes the final narrative, “ we used media at first because they suddenly appeared and to help find our child - the police were sceptical and backward  but  we stuck by them for Madeleine’s sake - under pressure for results  the PJ  turned on us, saying  we had got rid of the child! They fed horrible stories to the media who lied about us – the PJ couldn’t accept they were wrong and hounded  us until we were terrified – in the end we proved they had no evidence, it was all just invention by a suspect cop and an incompetent team. We don’t hold this against the decent Portuguese people, of whom we’re very fond but it all hurts terribly to this day.” 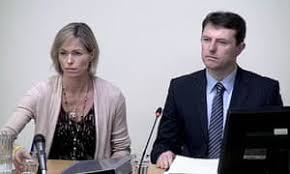 Universal and all purpose, eh? Defence document, attack on the lying media document, libel claim document and, importantly, "the truth" for the good old British public.  All one story.
There was, however, a problem. The McCanns are pathological liars. That doesn’t make them guilty in the disappearance, not at all, but it’s a complicating factor. It means that, however much they might want to tell the truth,  their mental database doesn’t necessarily provide it when called up. It's just a disability: the old Mark Twain saying, “if you tell the truth you don’t have to remember anything” applies.
So the construction of this narrative, even with the help of defence experts, was a great deal of challenging work.
So much for our own narrative. Now, let’s just lift the corner of the tablecloth, as it were and give you a small example of the process in action.
Let’s take the December 2007 Times article Beyond the Smears. As the Times boasts, it represented six months of work for its author David James Smith.  They say little about the fact that, whatever its original aim and form, by December it was being used as a conduit for the developing narrative by the parents.
By then the "history's" construction had been in public view for three months as the McCanns and  the defence used Mitchell to fill in the gaps and inconsistencies and counter Portuguese claims – about the sighting, GM’s “memories” about intruders and the rest, and, particularly, about  PJ suggestions that a KM too-unstable-to-be safe-with-her-own-child had suffered “missing hours” before 7PM. All that, together with the Panorama blockbuster, was demonstrating that the narrative was not just for the Portuguese courts but the British public.
So how did it develop on the way to Madeleine?  The truth always stays the same, doesn’t it? Have a look at Part Two.