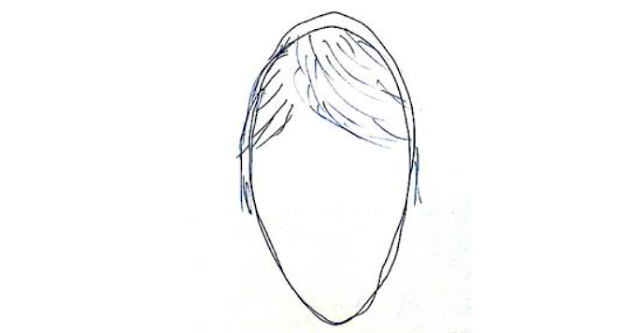 A Doddle to Find


Which way? The question – to concentrate resources inwards onto the disappearance itself or outwards in pursuit of suspect and victim – features in all suspected kidnappings and looms large in the Madeleine McCann Case.


In the immediate aftermath of such crimes, when those involved are still within range  and rapid apprehension  may save the victim’s life, search and pursuit is the priority, the crime scene being seen primarily as the source of a trail to pursue. The balance changes if the searches are fruitless: then resources are targeted back on the scene, both to investigate the circumstances surrounding the crime and uncover new leads to chase.


The nature of the resources will also differ. At the beginning search and pursuit is a brute- force operation requiring merely supervised volunteers with probing canes; later, as the initial trail goes cold, the balance shifts again and the crime scene starts to gobble up all available skilled staff.


An associated problem in such cases is dealing with those close to the victim. How to reassure and calm their state of shock sufficiently to gain rational descriptions of events and tease out significant details is a skill all of its own; listening officers, though  – they normally do this work in pairs  – must also keep a cold eye out for untold stories or tensions just beneath the shock and hysteria. The statistics, unfortunately, dictate that course.
Turning to the McCann case, we can try and ignore here such well-worn features of the affair as the role of the media, political complications etc., and confine ourselves to this  “which way” question - with one exception: always remember that, because of the wild UK media presence, the profile, and thus the ability to influence events, of the family was immeasurably greater than usual in these cases.
So it's well known that the McCanns and the Portuguese police had diametrically opposed views on the which-way question. Unusually, though, the PJ, whose view was orthodox and logical, found it much harder to explain and justify it against the media fairground noise than the parents did, having  brought the fairground in.


Why was it “orthodox”? The entire investigation produced a grand total of three possible trails – the Tanner sighting, the sniffer-dogs track and the Smith claim – all of them within Praia da Luz only and all of them ending in a matter of metres.
Why was it “logical”? Because without a start, a direction to follow, the search task becomes, immediately, infinite, in other words impossible to carry out. The search area is simply the whole world. And since there is no consistent and reliable description of any suspect, except the one naming Gerry McCann, the list of potential “suspects” is incalculably large. 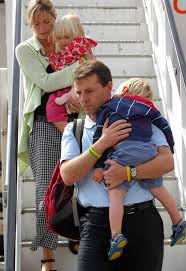 Closer to Home
Alipio Ribeiro, then PJ boss and the true head of the investigation, a refined and honourable man and much quicker at dodging a bullet than Goncalo Amaral, explained his force’s thinking in his summer 2007 interview. He stressed that he needed no more “resources”, that is brute-force searchers: there was nowhere for them to be used.
Instead he compared the current stage of the case to a crime novel, an object in which most of the facts except a very few key ones, are clear to the reader. It was successful analysis of what he possessed that was necessary, he suggested, not the garnering of yet more "information" – information in the form of “sightings” had nearly drowned them – from the wider world.
His force wasn’t successful, however, and he carried the can and - no can would ever be carried without  the McCanns and their spokesman smearing shit all over the carrier - probably read Team McCann's gloating media lies on arguido release day that the Ministry of Justice had "mocked him" for his interview. 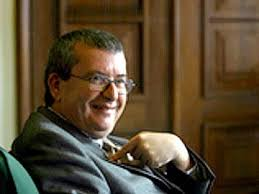 Alipio Ribeiro - took one for the team
The PJ orthodox? Yes, completely. Logical? Indisputably.  And they were right, as eleven years of the comic opera “Search” have proved. The latter has produced much needed buffoonery in the shape of the Edgars and Suttons but results? Zero.
So much for the PJ view. What about that of the child’s next of kin and their friends? Well, we know, don’t we? For a start that well-known and truthful account Madeleine tells us that before the police had arrived and almost certainly before they’d even been called at 10.40 PM:
“Aware that we were only an hour and a quarter’s drive from southern Spain, and beyond that lay the borderless continent of Europe – not to mention the short hop across the Strait of Gibraltar to north Africa – David was saying, ‘We need roadblocks set up. The borders to Spain, Morocco and Algiers need to be alerted.’ Russell later asked us for our digital photos of Madeleine and went off somewhere with our camera.”
So, it’s outwards folks.
And, some hours later:
“Dave, seeing Gerry’s anguish and frustration at how little was being done, knew Madeleine needed more help than she was getting. At some point before the PJ left, a retired British couple in a nearby apartment lent him their computer and he sent an email to Sky News alerting them to the abduction of our daughter, using an address listed on their website.”
That’s the media being readied to help take it further out. Useful, eh?
And, in the morning, the final piece of the jigsaw:
“That morning I learned of the man Jane had seen in the street. Although Gerry and our friends had been trying to protect me from further distress by not telling me about this sooner, when they did I was strangely relieved. Madeleine hadn’t just disappeared off the face of the earth. There was something to work on.”
Something to work on? Something for who to work on?
She is completely uninterested  in what the police will have to offer. She hasn't managed to disguise that. At any moment a police officer or rescue worker could appear at her door and announce that the child has been found, bewildered and frightened, sheltering in a culvert. But no, there was something to work on. Kate McCann, you are not telling the truth. How could you be so certain that the police hadn't already located the child - or her corpse?
That “something to work on” led directly away from the Ocean Club and into the outside world – and ultimately, as we now know for certain, to a blank, a total void.
Kate McCann figuratively  stood there at 8.30AM  on May 4 shouting and pointing her finger at a person who never existed and in a direction that led nowhere; first she shouted at the police,  and then called out to the world’s media. And she never stopped. Hasn’t stopped pointing to this day.
The rest of the story, including her repeated demands that the PJ attach more significance and resources to the non-existent Tanner abductor - voids 'r' us - is too well known to repeat. But why? Why was she at once so certain that expanding the investigation outwards by any means was the answer? Note that she quotes the owl-like David Payne, a man not famous for his knowledge of the world, or for getting to places on time, or  for making a Mark Warner booking that didn't end in a child vanishing,  as twittering about “alerting the borders”. Did it really never occur to her that her fellow holiday makers might have been misdirecting? 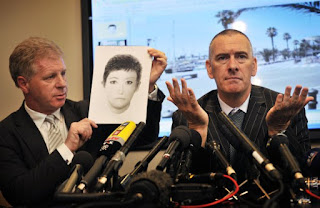 Lying failure, invented image, hapless buffoon, show business
Yep, your child's fate in those hands
Oldfield was the last one to look in the child’s bedroom, she says. How could she possibly not have wondered what exactly he did there? Mothers in our experience will turn like snarling tigresses on anyone who might have had contact with an abused, harmed  or missing child, even their own relatives. And some of the “seven friends”, indeed,  were hardly known to KM. Yet, not a breath of  from her about investigating or probing any of them has come to light.
And when the time came for clarity about the doubts, the final act of the “turn within”, the police-requested reconstruction*- far from leaping at the opportunity, any opportunity, to find out more about her daughter's fate, she was utterly uninterested.
Why? Why?
_________________________________________________