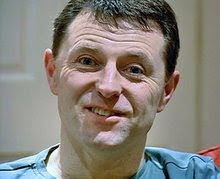 Hm. Is This an Audition?

The disarray as every seam of the McCann’s oh-so-clever strategy starts to unravel at once is something wondrous to behold. Yet the more it unravels the more puzzled many people are. It just doesn’t seem to fit in with the supposed invulnerability of the couple, courtesy of Unknown Forces and Hidden Hands. And, to be fair, there's a secret, much more forgivable,  can this really be happening? feeling abroad, a pretty reasonable response to eleven years of well-rewarded deceit.
Yes, it can and is. And no, we haven't said that before. The McCann strategy that has been clear since 2007 and has never changed is starting to collapse under pressure. And that strategy is? No extradition.
As we know, the head of the McCann legal team, Smethurst, gave the  game away in 2007. After stating that the couple had been subject to “trial by media” since their return to the UK he told BBC Panorama “… there were two strands to this case, part of it is the criminal case, but part of it is the media speculation and the media perception, and we see it as incumbent upon us to portray the truth to the media and in particular to try and expunge any ill-founded theories about Gerry and Kate's involvement…”

More Than Meets the Eye

Now that famous statement posed a couple of serious questions. Why should adverse media comment in the UK affect a Portuguese prosecution? How could changing opinion in Britain help the couple if they stood in a Portuguese dock? And secondly, it suggested a certain lack of confidence that the facts alone would ensure they walked free out of a Portuguese court.
The answer to both questions is the same. The defence aim was to ensure that they never came within a hundred miles of a Portuguese courtroom, let alone allow the facts to “demonstrate their innocence” in one. Smethurst and his team were many things but they weren’t stupid, which is why one of the two senior members of the team was Britain’s foremost extradition lawyer.
In extradition cases law meets politics – and politics usually wins  since countries generally don’t extradite people their “public” feel sorry for. So, in a case where innocence is hardly self-evident, you get stuck in and work on manipulating people's emotions in the suspect's favour by inventing simplified, show business  models of them to replace the rough stuff you're actually defending.
The public, in general, can't handle real human beings but crude, highly coloured, celebrity  cartoons of them, victims or villains, always go down a treat and the McCanns loved being soap opera characters and played them beautifully except in their unguarded moments, apparently untroubled that it might end up making them lose their minds.   Again Smethurst’s team wasn’t stupid: the other of the two senior lawyers was a media celebrity expert, with the usual skills and contacts.
The details and methods can be found in the most open of these cases, that of Gary McKinnon the “superhacker,” to which the reader is referred. It’s all there: a budget provided largely by sympathetic well-wishers, a huge PR campaign to create the “victim” role (and mental health issues), to whip up xenophobia,  (“wicked American dungeons” “against “wicked corrupt cops”) to trivialise the charges (“just a bedroom hacker” against “we’ve all done it”) and so on. The similarity isn’t surprising – the McKinnon people were following the same template. It’s dirty but it works. No extradition! 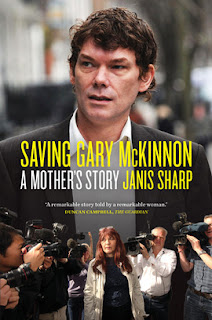 Smethurst didn’t decide this strategy, any more than the other “experts” who grew fat on the fruits of the Madeleine case. By some instinctive brilliance, or exceptionally unusual cunning, the parents found their own way to the “twin strands” within days of the disappearance, stumblingly at first and then gaining pace and conviction as time went on, with the  assistance, no doubt, of Gerry's bedside reading, Lance Armstrong's memoirs. Thus, as we know from reading Nigel Moore’s McCann Files, the “second strand”, the endless, glutinous media sentimentalising about the poor parents’ suffering, building on natural public sympathy, was accompanied by a quite different, much more brutal  first strand –  secretly working behind the scenes, through proxies and anonymously, to muffle  the facts and divert attention.

That's The Way to Do It 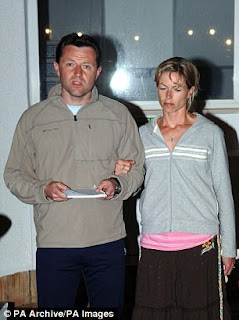 ...Strand One, Operating from the Shadows
And all this is what the Bureau and others have been addressing over recent weeks. The fraught interviews, the “blogs”, the desperate attempts to conceal the search of their home and the seizure of their property, the fantastic lying at the Edinburgh festival, the claims that they were being forced into confessions – those aren’t random reactions but have had  a single aim: don’t let the UK public think badly of you. Countries don’t extradite people the public feel sorry for.  And within days of arguido time they legged it to the safety of the UK and never came back until the case had been shelved.
No extradition. The attempt to stop Amaral from bringing his theories to the British public; the innocent-schoolgirl fiction of Madeleine; the toe-curling anniversary celebrations and the regular reminders of the empty bedroom shrine; the performance at Leveson, with its repetition of the Edinburgh lies. Whatever happens keep the dimmo public believing in the cartoon goodies.
And then look at the other strand. The passage of time has not produced anything to counter or dismiss the official reservations about their innocence. The Attorney-General’s specific claims about their failure to assist the investigation and the lack of explanation for it, the Leicester police statement, still not withdrawn, that there is no evidence to exclude them from involvement in the disappearance, the Portuguese Supreme Court’s 2017 detailed refutation of their “cleared” claims.  Nothing there to make them look forward to demonstrating their innocence in a Portuguese court. No extradition is still the only game in town.
So the  distortions of relations between Scotland Yard and the Portuguese police over the last five years can hardly be unwelcome, can they?  Nor can the threats to Grange funding. Nor can the repeated, and invented, attacks on the professionalism of both forces and the supposed list of “last suspects” garbage.

But now they’ve nearly all run out. Since Grange tightened the screw on the couple in April all that stuff has suddenly stopped. The mysterious  Mr Pal, so voluble and useful in those fictions  has disappeared with them. Instead of the confident assertions about the course of Grange that Heriberto Janosch had been providing to the UK media, courtesy of a mystery English PR man’s media contacts book, for the last three years we have the extraordinary collapse of the entire Team McCann media machine.
Just look at that “machine” - the professional feeds featuring Mr Pal, a spokesman for the couple and  a “source” have disappeared since April in favour of a disorganised and leaderless ragtag collection of junk – first of all the amateurish Totman lead balloon and now GM’s depression, poetry (poetry and the McCanns?!) and a bizarre set of stories on the “fund” that twitter readers, understandably, suspect are elaborate practical jokes, so gross are they in their untruths and so opaque in their aims.
As we said, it would all be happening in 2018. Perhaps it’s time to call up Mr Smethurst. Oh, and a family member to remind us of what she said repeatedly in 2007/8 -  that poor Kate McCann might be "too mentally fragile" to travel to Portugal. Just like Gary McKinnon. Or even a crazed-looking Gerry McCann.
at 18:15