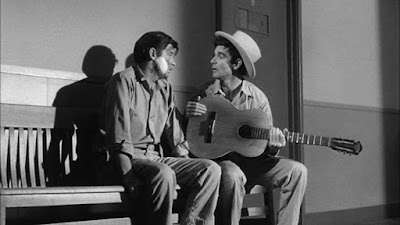 From the Bureau, April 2018.
“They are not suspects or persons of interest and have not a tea-stain on their characters. Still, their informal spokespeople, the famous Mr Friend and his chum Mr Pal, all otherwise known as Clarence Mitchell, tell us that  the parents have been banned by the Yard from publicly discussing the case, or “specifically advised not to” as Mr Pal describes it.
So, as Grange enters its final stages, every one of the Tapas Nine has at last been silenced and  the horrific farce of the media being used to bypass or influence the normal legal route  – Expunge it! being the words of the then head of the McCanns’ criminal defence team for the policy –  has, it seems,  come to an end after ten years.
We shall see whether Mitchell thinks he can get round it. It will be tough because anything he says from now on about the case will mean either a) he is inventing things without authority from the parents or b) the parents are knowingly breaching the new requirements of the Yard. Since Mitchell is a mentally exhausted shell who has contributed nothing but his contact list to the team for at least three years he is unlikely to be up for the challenge.”
The “mentally exhausted shell” has indeed been unable to meet the challenge. Readers who have missed his recent efforts on behalf of his only known “clients” can feast on this devastating PR initiative from a few days ago:
“A source close to the couple from Rothley, Leicestershire, said today: 'They have been here before. They simply have no idea if the search will abruptly come to an end or will carry on. It is a daunting prospect they face once more.’”
Punchy, isn’t it? You couldn’t get a more inert  and submissive message of defeat by Grange unless you watched a pink-haired baboon bending over and baring its arse to fate  in London Zoo. Still, it confirms what we’ve all suspected – that the stuff Mitchell's churned out for years about “Kate and Gerry are kept fully up to date with the progress of the investigation” is and was a load of tosh.  They've been told nothing.
Anyway, depressed Mitchell,   (google “new job for Clarence Mitchell 2018”), who has found it hard to get up in the mornings since 2014, can now stand alongside Mrs Kate McCann who, as everyone will remember,  told the world in the libel writ against Goncalo Amaral about the horrific depression, insomnia  and suffering that had struck her after being made arguida after that wicked book had been published.
And today, shuffling  forward to join them, comes Gerry "I will never be silenced"  McCann, 50, who has granted an interview in a token effort to show defiance to Grange to discuss “his own agony in honest, personal and sometimes painful terms” to  raise awareness about mental health, saying he hoped it might lessen the taboo of males talking frankly about their emotions.” He’s all heart, isn’t he?
Our Mental Health Correspondent Olivia de Manning writes:
In fact Professor McCann has impressive qualifications for such a role. He is no stranger to mental difficulties, as his wife once told us when she described the terrible episode that struck him down over a decade ago. Like most others, they were caught completely unprepared: having been running a successful international campaign, welcome at the Vatican and  the White House, safe in the knowledge that “nothing had been happening” in Portugal, they were preparing a leisurely farewell  when nightmare suddenly struck. Soon Kate witnessed the early signs:  “I could see by this time that Gerry was starting to crack.”
Nor is he afraid to admit shedding tears – his wife remembers with touching concern that, “Gerry was distraught now. He was on his knees, sobbing, his head hung low. ‘We’re finished. Our life is over,’ he kept saying over and over again.” That was when he was faced with the terrible dilemma that so many ordinary people suffer in their lives, or as Kate McCann put it  – “Was this what it came down to? Confess to this lesser charge or risk something much worse?”
But Gerry came through it, dried his eyes and shouted that immortal message to all fellow sufferers, words of comfort that echo across the years  - “They’ve got nothing!”.
Three people, three decent, caring people. And all suffering, or having suffered from, the agony of mental distress. Is there a common factor, a pre-condition, something  that somehow unites them? The doctors, as yet, have no answer. Life can be so terribly unfair.
JB adds: Yep, and it's getting worse.