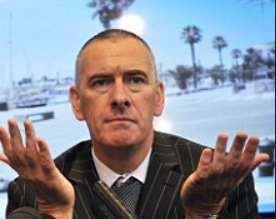 Honey Potts writes: In this superb  account of his struggles to put us back in touch with our earth  Mr Edgar takes us from his beginnings as a self-taught sheep strangler in the suburbs of  Londonderry to his creation of the Algarve Wilderness Project in Portugal.
Dave took what was once a  patchwork quilt of golf courses, Disneyland package holiday resorts for NHS workers who want to “eat English” when abroad,  football grounds  and rock venues – the whole earth-insulting and unsustainable environment that threatens our universe –and transformed it unutterably.
With the financial backing  of the Expunge Foundation and George  Monbiot Edgar has gradually turned it into what it was ten thousand years ago, a savage but beautiful jungle of dense forests and banana swamp peopled by imported indigenes who terrify those who dare to take their pictures.
As  Monbiot has said, at least we have the chance of a new beginning. Teething troubles? Yes, a few. Sometimes people are held underground for years before being ransomed and the occasional ritual consumption of abducted  infants in chili-flavoured olive oil and vine leaves  has aroused disquiet in the right-wing press but we should still all be grateful to  Mr Edgar.  The planet and  the climate demand it.
Honey Potts is a Guardian and Times Literary Supplement journalist. She is the author of  How My Vagina Will Begin World War III
Not As Nice As He Looks
Catyrisi Exfolia by Brigham Home Young
Oxford University Press, 725 pages, 231 diagrams.

John Terry writes: A dry title for a thrilling book!  Very similar to the best-selling The Man who Mistook his Wife for a Hat, leather-dressed biker-neurologist-with-a-permanent-erection  Oliver Sach’s medical masterpiece, this is a revelation.
Professor Home Young’s subject is initially unpromising: a study of how peoples’ hair can turn grey or white and the psychological and physical factors that might come into play in the transformation.
For years his work was routine and unsung but then he stumbled on a genuine oddity – a person whose hair and head had turned not grey but salmon pink! What, wondered the professor, could have explained such a radical mutation? We won’t give any spoilers but the professor’s study of his subject is a gripping one as, year by year, he began to uncover the terrifying way in which an otherwise extremely ordinary man was gradually taken over by  toxins which proceeded to eat him away from within, like someone harbouring a voracious eight foot long tapeworm coiled just above his anus.
There are few light moments in this compulsive but harrowing tale. The extraordinary poisonous and explosive flatulence  which accompanied the condition and which had been known to set off fire alarms in television studios  - the affliction was measured at 81.5 decibels by the professor’s team, all of whom had to be paid overtime rates and provided with oxygen masks  – is too unpleasant to be funny, especially when Professor Home Young’s registrar insists that “it was the subject’s true personality showing at last”.  The question - perhaps the question in life - remains teasingly unanswered: are our fates, as well as our appearances,  decided by physical ailments or spiritual sepsis? 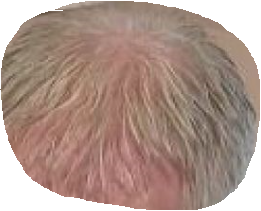 Oliver Sachs's reputation was posthumously dented by the discovery that he had cared for and studied his patients while under the influence of vast amounts of Crystal Meth.  In this case it is the patient, particularly in the illustrations - not for the faint-hearted - who reminds one of a bad case of the meth bugs.
John Terry writes about football for Stig Unable, editor of the Times Literary Supplement, and is the author of  Insights of the Endoscope.
Test Your Skills!
I Am Telling the Truth by Kate McCann
Munchausen & Aesop, 144 pages, 50 game cards.
Sorry, your search in images for Kate McCann Telling the Truth returned no results
Geordie Grieg writes: One for the foot of the Xmas tree, this is, a quite superb games book - forget charades! After all the scoffing  on the 25th, flop down, tighten the paper hats, sip the remnants of  the 1991 Chateau Carla-Spayed and begin! Each player has to be Kate McCann telling others  how to get to their Cretan holiday hotel from various country crossroads. Since all Cretans are liars the rest of the group has to trap her into telling the truth by various stratagems suggested by the cards, since she is programmed only to give false answers. Bores reveal  themselves, there are deliberate cheating cards, tempers rise and family stresses start to bite along with the alcohol. Tears flow. Partners separate. But it all gets patched up in the end. Gerry McCann remains silent. Wonderful!
Geordie Grieg is an editor who writes about philosophy for the Times Literary Supplement under and sometimes over Stig Unable. He is the author of You Too Can Become a Gent Like I Am.
Post-Modernism
This Is My Truth by Kate McCann
Limited Edition of 400 copies. Signed with a Bic biro on the Recto by Kate McCann. Printed on Arches paper and linen bound. £17 200 per copy. Any sales receipts money left over may be given to a charity or fund such as the Ex-Prisoners' Association.
Sorry, your search in non-fiction for This is my Truth by Kate McCann produced no results. Hint: try “fiction” or “fantasy” or "business" instead.
Jon Jones writes: One for the adult stocking,  not the tree: it's a beautifully bound little piece of Duchamps-lite irony for your more culturally knowing guests and the metro-cognoscenti, with the back cover carrying Bauhaus-styled mini-text recommendations by a host of faux-celebrities, from Gordon Brown to oh-so-delicious - especially with a beard - icon David Beckham. Achingly hip!
Inside are 148 beautifully blank pages.
What statement is it making? Who knows and who cares - does it matter? Just buy it and put it on the very top of your tree which this year, Nicky Haslam tells me, must not be the  anti-leafdrop  type. So common.
Screaming Jay Jones is chief arts bullshit writer for a national daily and Provocateur of the Times Literary Supplement's Cultural Studies section. He is the author of  If I Lose Weight  Will They Listen To Me?
Innocence Achieved
Heartbroken by   “John Smith”.
Vatican House Books, 128 pages.
John Blacksmith writes: Xmas defines books like this, a charming little tale rather like St Exupury’s twentieth century classic The Little Prince, delicate, deep and profound with an abiding sense of the dignity of humanity and a willingness to accept life’s mysteries. Beyond lies redemption and, with it, a glorious belief in other human beings.
The hero’s family background remains a mystery but in  Smith's disarmingly simple, if somewhat colourless, prose he grows up in the classic  Dickens-redemptionist manner, into a whizz doctor. But the more successful he is the more he thinks that there may be something, an intangible presence, missing from his life. For two  decades he works frantically and devotedly in a windowless hospital room, dwarfed by banks of advanced cardiac monitoring equipment and screens, struggling to answer his Ultimate Question – does he possess a human heart?
He can’t find it.
Then, one day, a mysterious Christmas figure appears beside him while he is urinating with his usual relentless determination.  The hairs on the back of his neck prickle. He feels a presence. It is a revelation.  “My son,” says the white-bearded but strangely blue-eyed figure, in soft, rolling, curiously reassuring tones, “you will never find if you have a  heart this way. You must take a different path. Shake yourself off and go now in peace.” And he was gone. 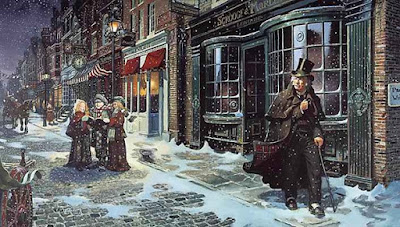 So The Doctor sought within himself and located new sources of energy, belief and, after years of struggle, understanding. From then on Christmas became a pleasure, an adventure in comprehending your deeper self and the needs of others.
Finally he  went on radio and talked of bringing hope to others, of the prospect of redemption, of the value of those beyond yourself, of the role that poetry plays in life, of the renewed importance of human tolerance and of how, with the snow falling in soft waves outside the frosty studio window and the chimney-smoke from the houses nearby curling upwards  and the Salvation Army playing a mournful yet profound  God Rest Ye Merry Gentlemen on the pavement below, he told us all of how he hadn’t yet found his heart but, given time, he’d find that fucking thing whatever anyone says, the arseholes. Arseholes!
John Blacksmith is a pretentious failure.
_________________________________
That lot will fill you with cheer, won't it? We want to wish all regular readers a Happy Christmas and a great New Year. ﻿
at 16:48