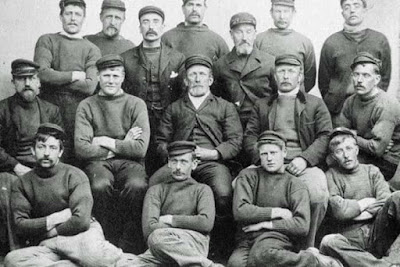 Lifeboat Crew Yearning For An HR Department
AS writes: I was in touch with our, ahem,  friends at the Mail this week over the apparently trivial matter of the Whitby lifeboat "scandal". So, it seems, were quite a few others.
Anyway, this is the result of all our efforts.
http://www.dailymail.co.uk/news/article-5719757/Britains-heroic-lifeboat-volunteers-drowning-sea-political-correctness.html
£££££££££££££££££££££

Visit the page, visit the RNLI site. Read them and weep. It's like stumbling on a bank robbery gang's secret stash.
Once you've read what they're up to I hope that some of you at least, whatever your feelings on other matters, will let the RNLI know your views. The nub of it all is this:
Life saving at sea in the UK is carried out almost exclusively by unpaid volunteers, as it always has been. 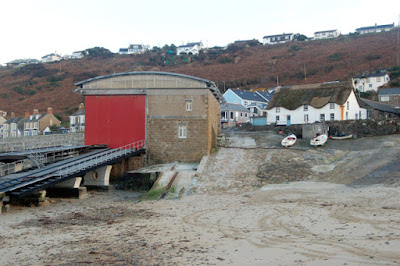 Sennen Cove Lifeboat Station
When I surfed a lot I stayed for long periods in Cornwall's Sennen Cove  and often  watched them, transfixed, as they forced their way out  in the middle of the night. But I was looking out from the bedroom of  a warm cottage behind the shed while below the boat was paused at the top of the slip by the red door like a hesitant, suddenly doubtful,  swimmer. The noise was constant, banshee, horror-film loud and  speech was impossible.
The men stood, tiny,  on deck while the boat searchlight, like a giant torch,  picked out the demented seas directly ahead that would tower over them as they reached the end of the slip. Nobody who has watched such chilling scenes can ever forget them. And then they launched, completely alone.
All of it takes place in a land where the  churchyards and cemeteries, like those of Cape Cod,  are filled with the multiple or mass graves of the people who have perished in these seas, including children by the score. Yet the sadness is offset by the pervasive knowledge of what these fishing communities, poor themselves, have been willing to do over centuries for the strangers of the waves. Sometimes the male voice choirs from these Cornish stations will give voice to the power and tragedy of what they do with short concerts in the boathouses, the old songs surging and falling in that Celtish way, like the sea itself.

It is a noble vocation. Perhaps the most noble of all. 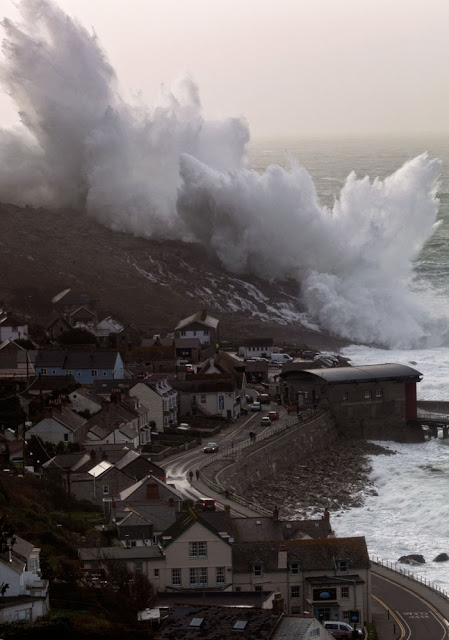 Sennen Cove
The lifeboat station is on the right with the curved roof. Yes, they really do launch into seas like that. In the winter I've seen worse
££££££££££££££££££
The RNLI makes a great fuss, when its agents hold their sweaty hands out, about its voluntary nature. They make no mention of the huge amounts of money - tens of millions annually - that the fund raisers take as their cut before it even reaches Bloat City.
Ideally, there shouldn't be any wage costs at all.  All right, it's not a perfect world - but £75 million in labour costs last year? £75 million?
The real reason for plugging the "volunteer" side is to get hold of your ackers. Then loads of people get their hands on it - money sticks as it goes round and round - but the lifesavers get nothing. They don't complain: they aren't in it for the money, inconceivable as that might be to charity "workers". But for a tiny group of superb people to drag along this bloated, stinking, dead-fish  tail behind them  is not just wrong but an insult to the communities and volunteers and the values that keep them going.
£££££££££££££££££££
Personally, I said  I'll never support them again until I've seen evidence of change - the sort  that is slowly being forced on the other fatsos of the charity world, you know the ones behind  the darkened windows of the SUVs  you see throbbing along, the dust from their huge tyres whirling onto  the bony, half-starved tribespeople slumped down at the side of the road.
The beauty of withholding is - you won't hurt any of the lifesavers by doing so. You'll boost their morale.
Go on, starve some of the fat cats out. Now, where were we?
at 03:05