"But that doesn’t matter: the only aim of this elaborate television performance by Redwood was not to question Tanner’s eyewitness evidence or to build a case or to make an identification - that was already done - but to announce formally and definitively but without causing trouble for non-suspects, that the abductor, in the timescale and form claimed by her group,  does not  exist, end of story.  Any  court will accept that. " The Bureau, March 21 2018 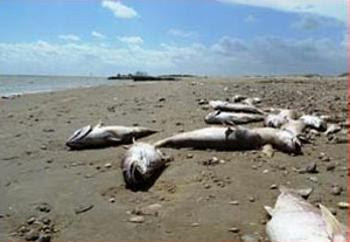 The Usual Suspects' hysteria over the last few days about Bundleman's origins has been marvellous to behold.
As we've said elsewhere about both Textusa and Bennett, and ignoring, for the moment, the rest of this tiny clique of self-publicists and nutters like Hall, Brown, Hidiho and Morais, the lies they peddle come not so much from their absurd "hypotheses" but from their attempts to fib, bluff  and cover up when evidence starts to refute their previous claims. Then they're off, piling lie upon lie, libel on libel, in the vain attempt to talk their way out of trouble.
As long as the case was surrounded by a sea of doubt and uncertainty they could get away with it. But with the progress of the twin Portuguese and British investigations the tide has gone out, leaving  the Usual  Suspects gasping, flopping  and threshing about in the sand and mud. They'll stay in denial till the end.

For years this uneducated rabble  has maintained that Redwood lied and that the person photographed by his  team doesn't exist.
The idea is so crazed that it hardly justifies rebuttal. Yes, take it from us, the man exists.
Do we really have to spell this out to grown-ups? Do we really have to explain that, if there was the slightest chance that Redwood had made any of it up  then  within days writ-servers acting on behalf of Jane Tanner and the McCanns would have appeared at the gates of Scotland Yard to summon its head to the High Court. There they would be accused not only of acting ultra vires, that is,  beyond their  legal powers, but also of conspiracy to intimidate or provide false evidence against a witness.
The certainty of more six-figure pay-outs would have been  preceded by the immediate suspension of Grange. In other words certain suspects' dreams would have come true.

Jane Tanner  knows perfectly well that Redwood was not making it up, which is why, as we've said repeatedly, she is co-operating with the Yard. Lawyers  for the McCanns know it too - one phone call to the Yard would tell them so, together with a name. Their case is slightly different from Tanner's because Grange hasn't accused Tanner of any potential wrong-doing: when all the truth comes out Tanner will be able to plead an honest mistake, despite the damning nature of her collusion with the others in misrepresenting  her sighting in the famous typed timeline. "Dark skinned", indeed! Others are much more in the line of fire.
All of them know that the affair is in suspension until the investigation is complete; till  then Grange, which was so anxious to point out the serious implications of the "new timeline" for the case on Crimewatch, has not said, and  never will say, a single syllable about the myriad implications of  the death of Bundleman and, in particular, the exposure of the Nine's collusion.
If the Yard say a single word then, again, lawyers for the couple can plead that Grange has selectively leaked information prejudicing any possible legal process against  them.  But it won't happen  until the police hand is disclosed - before that they have to act "above it all". Unless desperation supervenes.

Both Mad and Guilty

Now, we go back to the nub of the Bureau's accusation against the Usual Suspects and it's a really serious one. Ignore the fact that they are all, without exception, drawing their theories and supposed facts from their imaginations -  the definition of theorising without the firm anchor of fact.  Forget that the Bureau may be jealous of their brilliant successes, forget personal dislikes and the clash of opinions and personalities and consider carefully the main charge we have been making against all of them for the last couple of months.
Our claim is that the group have been deliberately duped  by false newspaper stories into acting in  ways that support suspects and non-suspects in the case: in other words they have been penetrated and are being actively used to support people with a possible case to answer. They have been carefully chosen for their gullibility and lack of grey matter. And the aim, of course, is to kill off Grange or make Grange show its hand early. They have betrayed the trust that rests on any commentator anywhere.

We need hardly repeat that the McCanns have never shown the slightest concern that their supposed protective umbrella of political/powerful/secret  people might be exposed. Since May 4 2007, indeed, they have lost no opportunity to highlight it, starting with Gordon Brown, moving on to Blair; being photographed next to the Home Secretary; photographed with a member of the House of Lords; boasting in Madeleine that Yard officers like Bob Small were "on their side" and would take calls from them to put things right at any time of night.
If you look you'll find these McCann hints that they are being protected  everywhere: they want people to believe that there is political protection for them, because they know they have nothing whatever to fear from that direction, ever. And characters  like the husk Mitchell - who invented a fantasy role as a sinister ex-government official "controlling what comes out in the media" precisely to make gullible people believe that the McCanns had backstairs hidden power - make sure that the Usual Suspects get their little gobbets of fantasy to confirm their beliefs.

As for the latest feed, people, bless them, have already publicly noted the extreme lengths that the Mail and the Sun have gone to "show" that it has nothing to do with stunned and beleaguered Camp McCann. No Tracey, with her close links to the pair, but the Sun crime editor is, most unusually, credited. In the Mail it is a chief correspondent.
No Mr Pal, no Mr Friend, in either of them, no reactions whatever from Kate and Gerry McCann, no comment from a named Clarence Mitchell. Oh, and this little gem: "The British police investigation has now been scaled down and is likely to be shelved in October." Once again, fitting in nicely with the Usual Suspects' agenda.
And the loonies think that Grange made the leak!
None of the gossip alters the dead Bundleman situation. The doctor's wife says absolutely nothing about Grange, nothing, in fact, that gives a clue to what's going on.  But it says a great deal about the desperation of certain suspects.

You've stuck it out this long - now enjoy it! 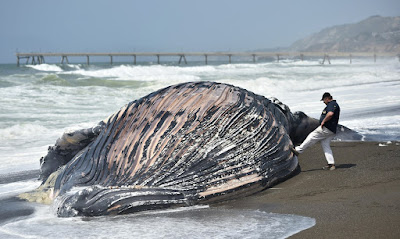 A Usual Suspects' Claim in 2018. Worse to Come
Join the club, go on, be uncool: believe in the boring truth that we've been bringing you for years and that not one person has ever refuted. Give yourself a break from depressed, corrupted, thicko internet bullshit merchants and cheer up.
"Blacksmith gives us hope," someone used to write regularly about us years ago, which was the finest compliment we've ever had. That hope was not misplaced. Relax and enjoy it. You deserve it.
at 16:43