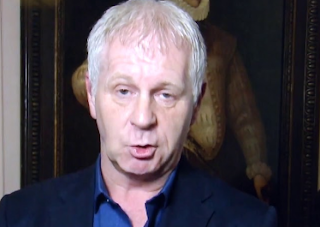 Anonymous Sourcing is Bad for the Health

1. In late April 2018 the McCanns provided an exclusive newsfeed to the Sun via their own anonymous source. It said that Scotland Yard had been in contact with the pair on the subject of their public media statements and interviews.
2. Gerry McCann, according to that source, said that he had been “specifically advised” by the Yard not to undertake such media initiatives because they “could” – his word – hinder the Operation Grange investigation.
3. McCann was quoted as saying that he had complied with police wishes and that “if police don’t want them to discuss publicly their life without Madeleine they will not do so”.

It is a remarkable newsfeed, isn’t it? Like a tiny history of the McCanns’ use of the media since  May 2007. Now, as then, its first, unwritten,  text is how do we cover our tracks? How do we disguise our aims, how do we hide what was actually said to us, how do we hide what we want to get across with trashy soundbite irrelevancies?
Hence the use of a deniable “source” so their version of events cannot be exposed as untruthful or playing with the facts; hence the pathetic, oozing, soap-opera conversion of a significant event into a sentimental narrative drama suitable for thick, easily fooled people – their target audience ever since May 4: coping for all these years…the twins…the search... always compliant with police wishes. And, inevitably, the regular little implant for the thickos' brains  that they are victims and equal co-workers in the investigation,  not in any way under suspicion: operational reasons...really appreciative of the police...first to know from them of any updates...fully informed.
In a remarkable symmetry this feed, quietly announcing the end of their unfettered use of the UK media after eleven years, is a mirror image of the first ones. The deniable sources – in McCann-world family members, however close, are always, like Mitchell, dispensable and deniable, as the “shutters” feeds prove; the greasy and misdirecting sentiment laid on with a trowel within hours of the disappearance; the careful editing or omission of police instructions – no media! for example; the public praise for the police effort even while, on May 5 2007, a “family member” - anonymous of course -  was  saying the police had "let them down".
Nothing has ever changed. One of the reasons for the surreal, groundhog-day nature of this interminable affair is the rigid constancy and repetitiveness of the McCanns’ behaviour over the years. That same flat, dead monotone and deader eyes reciting the script year after year for a decade under the harsh studio lights and the mean gaze,  pinched cheeks and tight clasp of her icy husband, over and over until the innocent watcher  is almost screaming just stop, please, just stop! 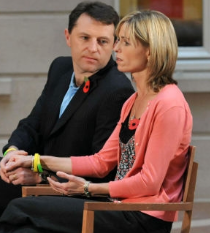 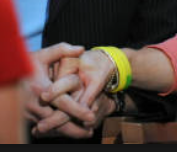 But they cannot stop. They can never escape from the narrative they and their friends put down on paper that week in May and can never amend or rescind it, so they are condemned to repeat and repeat until the end for fear that this time - every time - they might let something slip.

And their remaining supporters follow the couple's lead and do the same on the internet - Amaral and the dogs, bad Martin Grime, Amaral and the dogs! Bad Amaral and the dogs - as though nothing at all has happened in the intervening eleven years. For they cannot ever comment on, or even refer to, the developments in the case since - including the firm evidence of the couple's incessant lying, the exposure of the supposed "deal" and all the rest  - without risking making a slip themselves, the poor sods. Gerry's handclasp reaches a long way, doesn't it? 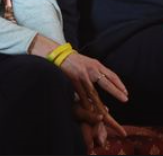 What exactly did the police say to them?
They won’t tell us, even though Scotland Yard made it clear they were free to comment publicly – factually – about the matter. They could have given a simple, neutral statement – even as one writes the words one laughs at the impossibility of such a thing – or they could have said nothing. Instead they spin, including pushing the limits of what the Yard will let them get away with by suggesting - "but if police don’t want them to discuss publicly..." - that the constraint only applies to them "talking about their life without Madeleine". Oh no it doesn't.
And why did the news come out in April? Clearly the police wanted to act ahead of  anniversary time, the spoilsports. Now why would that be?
Nothing to do, of course, with what the Bureau has been writing about for four months now: the conspiracy to damage Grange -  you know, the one that has so successfully brainwashed our "anti-McCann" Usual Suspects into attacking the only large-scale, comprehensive and well-funded investigation ever undertaken into the disappearance as a criminal fraud that should be killed off.
Since 2015 these  carefully planned media disinformation initiatives by the conspirators have largely  taken place in the spring – before and around both anniversary time and, of course, Grange funding renewal time. Disappearance Day guarantees peak annual  media demand for McCann stories and peak annual deception time for the conspirators.
But not this year. Not only have we been spared the greasy breakfast TV McCann-fests, the Mudelin drone and the desperate - don't slip! - handclasps but, unlike spring 2016 and 2017, the annually planted fictions about the failures and absurdities of Grange and the pressing need to withdraw its financing have been mysteriously absent.
What a coincidence! Why, you’d think that the conspirators working against Grange and on behalf of the McCanns, whoever they are, have also been called out and told to shut up, wouldn’t you?
at 14:44