The beginning of Act III of the McCann opera drama [Editor's correction]is a good time to look at how our friends the Usual Suspects are handling the critical events of 2018 so far. Are they behaving as we predicted they would - looking for other things to write about now that events have side-lined them?   Our founder  JB assesses  two of them, unfortunately still at times under the influence of parts one and two of the Ring at the weekend: 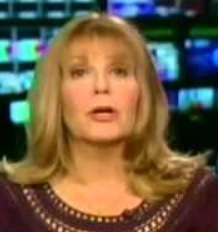 Fading
Quote
“In other words, four people from vastly different backgrounds and skill sets, four people* who have a great deal of knowledge of the Madeleine McCann case, all agree that a whitewash is in the making.”
(*Goncalo Amaral, Pat Brown, Tony Bennett, Lizzie Borden)


Present Activities
ABM - Anything But Madeleine. Tired; out of the loop."Looking for other things to write about"? You bet. Her Twitter site reads like one of those well-meaning but embarrassing turn-of-the-century web pages when East Coast American grannies gave up their  round-robin letters (because everyone was dying off), discovered the net and filled it with blogged images of their surly and delinquent (“adorable”) grandchildren, cake-making recipes, blurry New England trees in the fall and, naturally, progress pics of potty training. Suits her better. ABM.
Present Stance
Stuck in the past. Where else? She lives off  her repeated claims that Operation Grange is a whitewash and incompetent – an interesting claim since if it’s incompetent then it obviously won’t know how to wield a whitewash brush – under the direction of politicians. Where do you go with that?
Expertise
Miss Brown is, we are told,  a  “professional”. Her qualifications consist of a  liberal arts BA from the rather unusual University of the State of New York (unusual because it is not a university) in 1982 and eventually – she was, ahem, fifty two  –  an MA in criminal justice (not criminology).  Has met Goncalo Amaral, which she apparently counts as a qualification.  Office? In amateur showbiz land.
Theory Category
Imagination based. “Remit” hunter. McCanns will escape justice. She knows you know. How does she know? Ahh.
Solidarity With
Joanna Morais. Tony Bennett. Lizzie Borden. Richard Hall.
Any Development?
No. She proudly states that her assessment of Operation Grange was made when it was announced.
Nutritional Notes
Cupboard shelves empty.
Assessment
M/S Brown has long laid out her stall, alongside various advertisements for her works etc., all available for comparison with events as they unfold. We look forward to that process, we suspect, rather more than M/S Brown does. 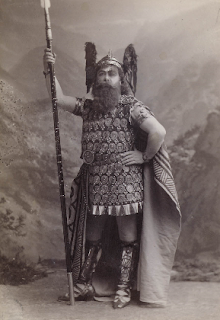 Go thou to Valhalla, hero. Mr Bennett in cruising gear and wig
Quotes
Amaral was unaware of how badly he was misled. Pat Brown has no excuse. She rushed out her ebook without enough research. She's ignored the well-researched evidence of Peter Mac, HideHo3, Sharonl, Hobs Richard Hall et al that something bad happened to Maddie McCann Sunday 29th April 2007.


No, with respect it is you and others to [sic]convince us that there is even a jot of evidence that Operation Grange has morphed from an obvious govt-orchestrated Cover Up, Con & Charade into a genuine investigation into the McCann's [sic]. Please show us your EVIDENCE.

Present Activities
Perhaps Mr Bennett has met a fancy-woman late at night in Harlow New Town’s equivalent of the Reeperbahn. Perhaps, as that great helmet bald dome hove into view, glinting magnificently under the street lights, her heart melted, her eye [sic] moistened, her teeth clicked and she said to herself, “Siegmund I tremble with the rapture of my delight”…Mir zagt es vor der Wonne die mich entzückt!”, as little Misty would say,  and broke into passionate song outside the bicycle shop.
Whatever it was, and whatever transpired - no flat tyres! -  Mr Bennett is acting rather differently from the other Suspects. Experts say that late affairs of the heart, like madness,  can produce a surge of energy even when you aren't eating. Surge?  He is possessed. Streams and reams pour out from his twitter account daily, the prose a strange amalgam of  insult and wild vainglory as he stands at the front of the stage bellowing his defiance – sorry, Covent Garden   has got to me again – of everyone who doubts him.
It’s not heroic, exactly, but it’s pretty significant all the same: frankly it reminds me of a scientist who once went mad without warning before my eyes, tore off a page from the scintillation-counter printout  and shouted take this to the colonel! at an astonished floor-mopper before being hospitalised.
Unlike Wagner, but like his "great friend" Pat Brown,  Mr Bennett has no new tunes and simply storms out the oldies-but-baddies over and over.  PB now just wants to get her coming disgrace over with quietly but Bennett’s head veins are bulging with defiance …Amaral, he sings, my petition to number 10…researcher of mine Big Peter Mac…Murats!...Smiths! …the tubas blare, the strings shimmer, meetings in Sagres…where is my freedom of information [Screams] I shall do such things…the orchestra surges beneath him, the house lights dazzle from his dome… why does NOBODY BELIEVE MY SONGS? Now take this to the colonel!
Present Stance
Learned nothing; forgotten nothing: fantasy land. When asked for evidence he simply goes into hiding.  His "forum", with Grange-suppressed newspaper stories in short supply is, like the other Usual's places, recycling old cuttings. As predicted.
Expertise
It’s all been said. However, Mr Bennett’s main legal achievement before being struck off is often neglected – discovering  the hidden joys of Unincorporated Associations. He'll tell you about those one day.
Theory Category
Take me to the colonel!
Solidarity With
Joan of Arc. The Black Prince. John the Baptist. Kate & Gerry McCann.
Any Development?
Actually, yes. Bennett has, like Brown, largely fallen silent about events in the case as we expected but his space-filling is something special. As we all know, over  the past couple of years, ever since things started looking good for Grange [boos, whistles, shouts of FKN traitor etc etc],  Mr Bennett  has gradually switched his attentions away from the possible fate of the child and onto enemies of his own.
In the last few months that has also reached genuinely strange levels. His obsessive pursuit of his  new targets is far more single-minded and focused than his wordy and ineffective nonsense about the McCann couple ever was. To Bennett, the McCanns were just another target, like Barrymore, for his clumsy attacks and  there was always something bloodless and impersonal about his treatment of them, however offensive they found it.
But  his "personal" targets, the Smiths, the nannies and Murat,  he attacks with real venom, not so much uncaring about any pain he might cause, as with the parents, but keen to defame and, above all, make others believe they are deliberate, scheming liars. He's impassioned about it and, again in contrast to his past behaviour to the McCanns,  acts as though there is something personal at stake.
But what madness is this? Why, under the cover of commenting on the disappearance of a child, and the further, deeper, cover of running a forum about Madeleine McCann, is Bennett now getting away with a witch-hunt against  those who aren't suspected of anything and have never been accused of anything? What's going on? Bennett is acting like a semi-cornered criminal himself, like someone desperately trying to damage potential witnesses because they threaten him.
And you, ladies mainly, people who say "we're all on the same side". Are you on the same side as someone who is acting like a semi-cornered criminal? Doesn't it worry you?

Assessment
Must be weird if you're a follower of his, mustn't it? Like watching your aircraft pilot at 30 000 feet smoking a spliff and waving at the clouds.