Singing From The Same Sheet


Concluding our views on the criminal conspiracy targeting Operation Grange - about which nobody except the Bureau is bothered.  The available evidence is laid out  here: 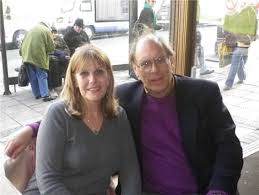 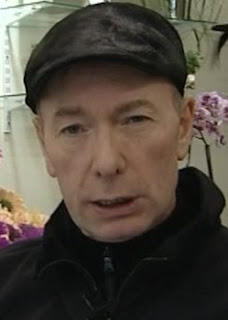 Used back in 2007 - the foulmouthed victim, Tony Parsons

With the latest stories the attack has intensified to desperate levels and the mainstream press has once again been corrupted not just into carrying the plants - unwise but perhaps forgivable in this hard world - but adopting them and suggesting to the public they are true. That is deception.


It is what happened in early 2007. Then, for example, the MSM all carried claims fed to them via friends, contacts  and family of the McCanns that the apartment 5A “shutters had been damaged” or “jemmied” – inventions that  the claimants have never repeated since.


But it was only as the affair progressed that the MSM adopted the line  that the McCann family  were truthful witnesses of what happened, meaning that they were telling the public the jemmied claims and other lies weren't lies at all. That was the beginning of the  MSM's descent into disguising paid-for opinion derived from hidden sources as factual news: deception. Exactly the same deception as Piers Morgan allowed at the Mirror to make himself money from share deals.   There the MSM remain.


Look at what the Mail is now saying for itself:

“Why is the British taxpayer being asked to finance Operation Grange further when all other leads have come to dispiriting dead-ends?”

"But there comes a time in every police inquiry into a disappearance when the question of how long it should continue has to be asked.” 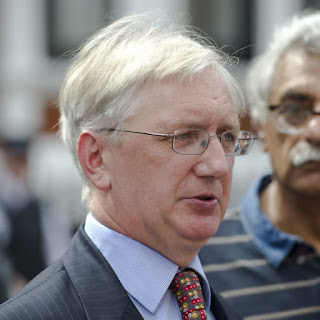 So, just as in May 2007, the Mail has  slipped from printing fake stories provided by hidden sources down the slope into presenting them to its readers as the truth.
So much for the lost, corrupted  and rudderless MSM, which in 2007 were used by people in the McCann camp and in 2018 are being used, once again, to influence people’s opinions, this time by people unknown. Nothing has changed - not because the media are monsters but because the intelligence, expertise and methods of those who've  penetrated ("hollowed out") the MSM exceeds that of journalists and editors.

But who is using them so effectively? These things cost time and money; we’re not talking pranksters or hobbyists here but funded and professional operators working for years in the dark world of planted “news”. And what’s in it for the originators?
They want Grange to end, obviously –  they want it dead. They want people to believe it’s useless. The suspects, they  say, are ridiculous. The lines of investigation go nowhere.  And so on.  Despite the fact that there’s no evidence at all that the McCanns themselves are behind this conspiracy the similarities to the 2007/8 Portuguese investigation are creepily similar: someone is using the same methods to discredit another Madeleine McCann investigation.

Thus, for example, the MSM in 2007 carried the consistent message that the Portuguese investigation had failed; that it was junk; that it was led by an untalented buffoon; that its prime suspects were not the McCanns. And so on.


Maybe the Bureau's writings on this scandal are finally having a result.


For the very first time Clarence Mitchell has moved to distance the McCanns from what has been going on for four years.


“The Met Police have requested extra funding and  have been granted it," he tells the tabloids.  “It’s not helpful and is very hurtful for retired police officers and in the past so called crime experts and other families to say the investigation should be wound up and is a waste of public money."


Understandably Mitchell has failed to mention that he has been a contributor - not a proven conspirator but an enthusiastic contributor - to nearly all the corrupt packaged stories the Bureau has been writing  about, both as a "a source" and as "a pal" or "a friend" and under his own name


We suggested that the conspirators had gone too far with the latest, desperate effort, the Purple Woman junk which took the subversion of Grange to new levels. And they have. And guess who participated in that story -


"It is this ‘woman in purple’, the Mail understands, "who is keeping alive Operation Grange, the marathon reinvestigation of the Madeleine McCann case by Scotland Yard, now in its sixth year.


A source told the Sun : 'There is no evidence they [M/S Purple and Mr Paedophile] were involved [!!] but it would be good to eliminate them from the investigation."


Singing From the Same Sheet

The giant  difference from 2007 is the supposed “opposition” to the hollowed-out MSM:  internet groups. The overwhelming 2007 internet view was that the media were being conned or had been corrupted  and the truth was not being printed – and they were absolutely right, as Kate McCann, of all people, has proved with her written confession that the pair  had concealed the explosive fact that in August 2007 they were police suspects - not arguidos but suspects  whose home had been raided -  by lying to the media.

But gradually something very weird has happened, as we mentioned in our first piece on the conspiracy: almost all the well-known internet groups now, on FB, twitter and websites, have swung 180 degrees and are in complete agreement with the Mail and the other junk tabloids.  Some opposition!
Look at the twin paths of these supposedly opposed groupings: the Mail and its peers have gone from swallowing the lies offered to it in May 2007, through believing the clanking, steam-driven PJ publicity “machine” feeds that the McCanns would be toast by October, to the libel courts, apathy, then "disgraced cop Amaral” land and finally, in 2018, opting to publicise a conspiracy’s attempts to discredit and kill an investigation into the fate of Madeleine McCann.

The internet “opposition”, following the loss of  most of its sane and intelligent commentators years ago,  has  gone from scepticism about the McCanns, to believing the same PJ “toast” feeds,  to crushed disappointment at the archiving and the libel courts,  and thence, defeated,  on to a journey away from reality into fantasy so deep and deranged  – Brownshirt killer squads, switched Madeleines, premeditated murder conspiracies between the McCanns and the ex-head of CEOP and the rest – that it can no be argued with rationally: they are genuinely beyond contact except from fellow sufferers.
They always gained their information chiefly from newspaper stories, not real sources, and our "researchers" are now paying a horrible price for drinking from such poisoned wells: none of them has the slightest idea of who or what to believe anymore, having played at attacking all sources of information indiscriminately and so they've been forced to fall back on the only thing left they trust - their  out-of control  imaginations which lured them into these quicksands  in the first place. Thus defeated they find themselves, like sleepwalkers, parroting the words  of the MSM and backing  attempts to discredit and kill an investigation into the child's fate. 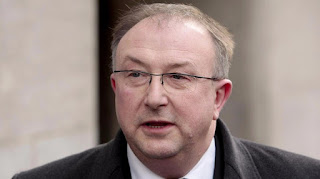 
*Murray, another hero of the quicksand-bound,  doesn't like the Grange funding either.

OK Craig, you've written, "I am going to come straight out with this... in the full knowledge that some decent people will be outraged, here it is."

What are you going to come out with?  And what evidence have you got?

We plough through the hearsay and the suspicions and the gossip and the stuff about McCann parenting - come on Craig, everybody says that, what's your inside ambassadorial knowledge that fixes the conspiracy,  where's the  smoking gun that you suppressed in 2014 and that will outrage decent people?

Ah, got one,  a source! Yep, the nutter Anglophobe  internet conspiracy theorist   Joana Morais, who wasn't there either. Uh-huh. Craig, you're supposed to be supplying people like her with confirmatory evidence, not the other way round. Oh, and a Belgian newspaper "no longer available". Dearie me, we thought you were talking with inside knowledge.  Oh well, when you can't quote Tony Blair verbatim, Joana Morais will have to do.

Finally, after hundreds of words of junk gossip we get to what Mr Murray, the insider,  knows. Prepare to be outraged, decent people, by his conclusions.

"I do believe [meaning "don't know", our italics] that the McCanns were less than exemplary parents," [that's a state secret, isn't it?]  "I believe that New Labour’s No.10 saw, in typical Blair fashion, a highly photogenic tragedy which there might be popularity in appearing to work on.

And I believe there is a genuine danger that the high profile support from the top of the British government might have put some psychological pressure on the Portuguese investigators and prosecuting officers in their determinations [their what?]."

Fucking devastating, isn't it? Murray turns out to be lost in the quicksand himself.