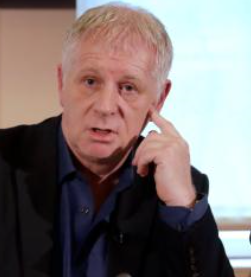 We couldn’t let Mitchell’s involuntary early  retirement pass without an appreciative excerpt from his collected works – but where does one start? The most subtle tribute and one that the educated McCann cognoscenti, our target audience, would alone appreciate, would be to pick out from Mitchell’s back catalogue a non-lie and print it deadpan.
Unfortunately our slower readers in the cheap seats wouldn’t appreciate that at all, irony not being their strongest suit – but the problem solved itself: try as we might, beavering through thousands and thousands of words uttered in that inimitable house-style of his – think Ray Winston after cheap elocution lessons and terminal depression – we couldn’t locate a single statement that we were certain was true.
Anyway, we took a vote and selected a suitable and moving testimonial, a single comment that captures the essence of the man and his place in the McCann story.

At the beginning of October 2007 Mitchell had joined enthusiastically in the defence effort to convince the UK public, not the Portuguese justice system,  that the McCanns were truthful people whom the crooked Portuguese authorities had tried to “fit up” or frame. The couple were now safely back in the UK and the only way they’d ever be dragged back again would be via extradition.

Jackboots Jackie -you're safe in her hands
But extradition would ultimately need the agreement of the Home Secretary, at that time the unlikely, in all senses of the word,  figure of M/S J. Smith,  and the Home Secretary’s job in an extradition case is not to look at the facts but to respond to the politics: if there was hysterical popular agreement that the McCanns were innocent victims of wicked Dago criminality then, on the appointed day, she would refuse the extradition, pulling a large onion from one of her bodily crevices if necessary to help her weep about the terrible injustice that might result, the risk of suicide by Kate McCann in the Lisbon dungeons etc. etc. we listen to you, please vote for us next time.
So this "indirect" defence strategy - openly admitted by its head - was to target the public who would, in turn, convince the Home Secretary of their support for the pair. And a great success it was, with the Portuguese accepting  defeat and  not seeking  extradition. Events suggest that if the Portuguese had continued they would have lost: a similar exercise in PR, politics, and onion production from crannies at the expense of the facts worked a treat for Gary McKinnon, whom the public, after a slow start, “took to  its hearts” (the British public only operates in cooking-fat sentimentality or shrieking hysteria mode, then and now) like a thick but loveable polar bear cub about to be clubbed to death. 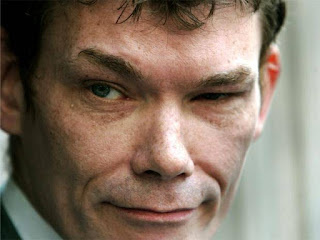 When lawyers examined the evidence it became clear – as it is clear to this day – that the information provided to the Portuguese police by the Nine not only smelled of stinking fish but actually made an abduction between 9.10 and 9.15 effectively impossible, as Goncalo Amaral always claimed. That is why Scotland Yard have now excluded it.
The famous timeline that the Nine had given  the PJ* was an exercise in over-cleverness: by pretending that the group’s movements could be timed to the minute where necessary and altering or blurring other movements to fit an abductor they provided information against themselves. There simply wasn’t time for an abductor to get the job done between GM’s last visit and the sighting of a “dark-skinned” [© M/S J. Tanner] man carrying an “unconscious, possibly drugged” [© D.Payne et al] child a minute or two later.
Back to the drawing board: Gerry McCann and Clarence Mitchell together began inventing things to plug the holes. They couldn’t do anything about the police statements the pair had already made but Gerry could start “remembering things” and Clarence Mitchell could help him sell them to the British public.
In doing so Mitchell crossed a line: he moved from promotion and evasion to criminal deception. He had no immunity in law in lying about the most critical part of the whole case because he was not a professional. In law he was acting as either a) an agent paid by the McCanns to deliberately spread false information about the circumstances surrounding the disappearance or b) as a voluntary accomplice or friend of Gerry McCann to do the same thing.

The PJ, gradually realising what they’d let slip between their fingers, knew what the McCanns were up to. Carlos Anjos, the Portuguese police federation head, made his well-known statement that the pair were using what he called “diversion tactics”. He was most troubled by what he called the "ridiculous episode" of Gerry McCann letting it be known that  on his – yes, you’ve guessed it –  last check on his daughter, he had noticed  a door was ajar when it had been left closed but  “thought little of it at the time”.
And, to cap it, since then he had “begun to realise” his daughter's abductor could have been hiding there in the apartment, yards away.
Did you have to read that last sentence twice? You should have done because it doesn’t make any sense.  The reason it doesn’t make sense is that Gerry McCann had made it up afterwards to halve the time necessary for an abduction by having the intruder do all those boring intrusion things before his arrival: the seams of the lies stick out like barbs.
McCann and Mitchell had been trapped into using non sequiturs because they were falsely claiming  that McCann thought and observed these things at the time even though he hadn’t said anything about them then. There’s no way of doing that without giving yourself away.
So Anjos, who’s not stupid but a rare voice of common sense in the case,  called Mitchell and McCann out in the Portuguese media. And Mitchell came back, widely, in the British media. Mitchell first tried more nonsense, stating again that GM’s realisation that he had been in the same room as the abductor only came to him later, a repeat of the previous impossibility (check the meaning of realise). He added, "There is nothing that has come out recently that should be of surprise to the officers." 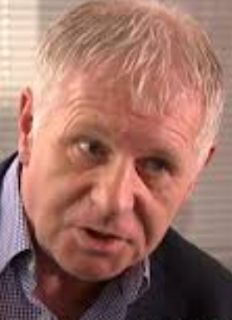 And then he entered much more serious territory by adding: Clarence Mitchell: "This was said in the original witness statement."
Here’s the section of Gerry McCann’s  original witness statement dealing with the event.
“As usual, every half hour and as the restaurant was near, the witness or his wife, would check whether the children were all right. In this way, at about 21.05 the witness came to the Club, entered the room using his respective key, the door being locked, went to his children's bedroom and checked that the twins were fine, as was Madeleine.
He then went to the WC where he remained for a few moments, left, and bumped into a person he had played tennis with and who had a child's push chair, he was also British, he had a short conversation with him, returning after that to the restaurant."
Nothing was said about the door because nothing had happened to the door: it was a later invention. Nothing was said about a hiding intruder because it was a complete invention to cover weaknesses in the story.
Mitchell hadn’t just sugared the pill, or pleaded for understanding or corrected McCann haters. He told a lie in order to protect the McCanns from justice by inventing what had been said in the investigative documents. He was a lying accomplice, an accessory.

That’s the epitaph for this walking corpse whose sins have consumed him.


* Created after the first round of statements and the opportunity to compare notes and given to the PJ by the Nine via the British embassy staff just before the 10 May serious questioning was about to begin. That was also the time when the embassy staff were given certain claims about the PJ by a McCann "family member", the contents of which were so offensive about the Portuguese police that the Foreign Office still won't release them. Belt and braces comes to mind.
at 20:21