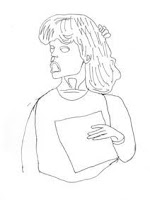 A Mr Cerb 32 writes: “As arguidos, the mccanns had no choice. The PJ could have summoned them back for a reconstruction at any time.” Is that true?
Answer: No, it is completely untrue, even though the McCann clique and its tattered remnants have been claiming it since 2009. That’s what they do.
Leaving aside the fact that  slapdash Cerberus is unaware that no police force, such as the Portuguese PJ, can summon anyone from overseas, the Portuguese prosecutors had  no power whatever to summon them to a reconstruction.
They would have had to apply for extradition from the UK to get them back and extradition for a reconstruction/clarification is debarred, correctly, as a legal “fishing expedition”. As we know, Kate and Gerry McCann very unwisely told  BBC Radio Four  at the time of the rogatary interviews that they “would not be going back to Portugal in the near future.”
The Portuguese prosecutors had no so-called  prima facie evidence against the McCanns so they could not get them back. End of story: Cerberus has told a fib and will be unable to provide any evidence to support it.
****
James Donlan asks: “How do you [Mr A Fish] know it [the Oldfield 9.30 check] never happened? Unless you were there."
Answer: The Tapas Nine described exactly, and in detail what a “check” meant: establishing that the child being “checked” was in no danger, either accidental or otherwise and was healthy and well.
It is a matter of agreed fact  that not only did Oldfield not establish that the child was in no danger, nor that  she was healthy and well but the bastard did not even establish whether she was dead or alive, as his evidence proves:  the “check” therefore never happened. Mr Fish is quite correct.
****
A fan of the Bureau writes: “Oh, so now it would it be illegal for Op Grange to investigate K&G #McCann? But not other assorted burglars + boatmen? Sorry, none of this makes any sense.”
Answer: Quite right, that statement makes no sense. An investigative review, by definition, can have no suspects when it begins and nor  can it  be used as a backdoor way to investigate people, however popular or unpopular, against whom there is currently no CPS case. It's no use saying it on Twitter but I will anyway: governments do not prosecute or clear people, the judicial authorities do.

Neither prime ministers nor the public can "order" investigation into free citizens. Any evidence found by a “backdoor” route against the McCanns would have to be excluded from a trial, as their lawyers know perfectly well. Therefore a trial of the McCanns using any such evidence would collapse immediately, since it is a matter of fact that there is no prosecutable evidence in the public domain as of now.  Is that what you want?

But in any case much of this is just words. Making the McCanns "suspects", were it even possible, would have no impact on the case itself. So, apart from getting has-beens like Colin Sutton all excited, what difference does it make anyway?  They cannot be forced to co-operate, they cannot be forced to answer questions, they cannot be forced to do anything except spend a few hours in the nick. It would, of course, make a very great difference to the way people, the public, felt, wouldn't it? Hidifacts and the rest would be out on the streets cheering and twiddling a fucking noose.  Do you think that would help get a verdict?
I do not understand your comment about “other assorted burglars or boatmen”. Scotland Yard  has stated that, out of all the hundreds of “investigative opportunities” revealed in the opening phase of the review, it has investigated just four named suspects and eliminated them. All other names in the media are inventions of the conspiracy that I have described.
Both the PJ and Scotland Yard have taken exactly the same action of excluding the parents of the missing child as suspects and both have used identical scripts in discussing the matter publicly. Why would that be? Why? If you believe that the PJ is crushed or  compromised or is the “charade” that you believe Grange is, then you should say so and tell people how British politicians have managed to do it. But do you really believe that?
****
A M/S Falconer writes: “It was the Portuguese judiciary that stated she died in the apartment and would have wrapped things up if it wasn't for our meddling government,  who for some reason covered it up and only allowed the abduction theory to be followed.” Is this true?
Answer: No, it’s a complete  invention and sadly typical of twitter.   The Portuguese judiciary have never once stated anywhere that she died in the apartment. The Portuguese judiciary have, indeed, not yet been involved in the case. Neither they nor the Portuguese  prosecutors have claimed there is any evidence at all against the McCanns regarding the disappearance. That is why they were released from their arguido status.
The statement about the “meddling government” is a product of the imagination, I’m afraid, not the evidence. Sorry.
****
A Technical Director writes: “They will never give their reasons because there isn't any. No #McCann supporter will ever able to prove an abduction theory being plausible because there is no evidence backing it.” Is this true?
Answer: Yes, it is a statement of fact. Even the parents have provided no evidence of abduction. What they have provided are their opinions - perfectly valid ones, especially given the shock - about what happened, i.e. that   she had been "taken". They must bitterly regret that they are unable to produce the evidence to support (shutters, door, window for example) their subjective opinions. Still, I suppose Gerry McCann just had to check that the shutters "could indeed be opened from outside" by going outside, without gloves, and lifting them up before the police arrived.
The Archiving Summary, much quoted at the time by supporters of the parents and even today by the more obtuse of that tiny remnant, is a very, very clever document in the Latinate legal tradition (essentially “bend with the wind, sow the seeds, bide your time”). It gets a little more dangerous to certain parties every time it is formally examined and presents another layer of meaning, exactly as it was meant to do, whether in the Human Rights Case appeal, the Libel Case proceedings or the  Supreme Court final judgement. It was built to last, believe me. About evidence against the McCanns it wrote, essentially: “If you’ve got some then show it to us.” Nobody could.
Now, eleven years later,  the words apply exactly to those who claim there is any abduction evidence: OK, fine,  so just show it to us. They can’t. And not even Grange has  given them a microgram  of evidence to shut people up and console the couple with, even though the Pat Brownshirt Grange Killer Squad has had five years and 12 million – and access to laboratories – to manufacture some. Ever wondered why they haven’t?
Cheers.
at 19:53