Only Some Lives Matter 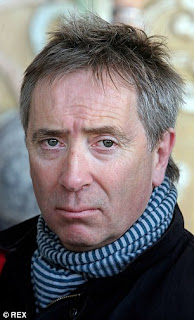 The true face of the MSM
Only some lives matter...those were the words the Bureau used in 2014 after reading of the death of one of its supporters, Brenda Leyland, in the British media. Re-reading the reports of her fate in Nigel's McCann Files, from the BBC ("we decided to report the McCann case from the point  of view of the parents", a policy never rescinded) upwards to the tabloids is as horrendous today as it was when I first read them.

They literally dehumanised her: the normal rituals of western civilization which accompany and honour a human death seek to invite us to dwell on the higher mysteries behind everyday "reality" and, just possibly, help reduce the terrors of the last  journey; this time Brenda was spat upon and ground into the earth - whack- by the MSM.

They denied her the right to die in her own name. No, she was just "a troll", as headline after headline announced, not a human being in her own right at all but someone to be buried only under the designation provided by her enemies.  As I also wrote at the time, reading the words they used was like the whack of a body being tossed into an unmarked grave. I'm an over-hard person, a Scorpio who never relents, God forgive me; but I admit that I wept when I read those words.

Not just for her but for what this dreadful  affair had become, courtesy of Kate and Gerry McCann and their determination to defend themselves whatever the cost to others. Whatever the cost. October is a time to remember just what that cost has been.

"One of these trolls, Brenda Leyland, is a church-going 60-something divorcee who lives in a pretty village in the Home Counties. She looks like a perfectly respectable woman. But of course she isn’t.
She’s a cowardly bully who hides behind her smart front door and spews her bile in secret because she doesn’t have the guts to do it in public."
Carole Malone, journalist, the Mirror 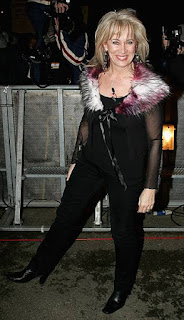 Malone
﻿
﻿ "She thinks she’s entitled to threaten, hound and bully the innocent? Is that because her own life is so lonely, so miserable, so poisoned that she wants others to suffer the same? Or is she just a twisted, fecked up bitch who gets her kicks from hurting people."
Carole Malone, journalist, the Mirror
Recently we've had a rather different kind of  death, that of Jamal Khashoggi.
The MSM, in both the UK and America,  are  still reeling from the late discovery that most of the public - especially those who, like Brenda Leyland, have actually encountered the bastards in action - literally hate them. The MSM will weep and weep and weep over Mr Khashoggi. That's because he was a journalist. If you believe they're sincere you're in dreamland: no journalist is ever sincere.  To the MSM only some deaths matter.
_______________________________________

I mentioned briefly the other day that I thought "the investigative phase of Operation Grange is complete". This surprised some but I'm not sure why. How do you think an international investigation of a major crime - "crime of the century" - can be carried out by four people, and perhaps a dog?
When you get down to those numbers what our military friends call "wastage" or "depletion" have a disproportionate effect. We all know the threats and dangers that Yard officers face daily, especially if they're out of their cars; all it needs is for one officer, six foot four and sixteen stone  Mick Burke for example,  to be suspended for refusing to wear the pink frilly knickers and short tutu he was obliged to don in the swimming pool as part of his seven week Transgender Awareness & Sensitivity Course at Ali Dizaei House and the twelve million investigation is down by a quarter of its effectives.

Then another officer is struck down by Post Traumatic Stress Disorder, this time as a result of seeing a Deputy Commissioner's expenses claim lying open on a desk in the Ali Dizaei Memorial Library. All we need is for winter colds or the dire consequences of a policeman's diet to result in the customary sick note and you have a Luis Neves on the phone drumming his fingers impatiently because Operation Grange is in the lavatory and can't yet speak to him.
No, come on, be realistic. The conclusions, including the "critical"  Smith lead conclusions, have all been drawn, for better or worse, and five visits to Portugal in a year is not exactly a close dragnet, is it? No, the four and a half have been on administrative, not operational, investigative duties. Some of them pretty important.

Noise. Lot of It

When I wrote that Act Three of the psychodrama was imminent, I was thinking chiefly of the police and the alarums and surprises that the post-operational phase is bound to bring us.  I wasn't prepared for the first scene coming from the public, not police, sphere: the empty cupboard, that phrase our opponents so hate, has now begun to starve the Usual Suspects and followers out as public and private McCann support was starved out by the end of 2017. They are hungry, dispirited and very, very cross. That's what starvation does.
Readers may remember that before the McCann supporters' club lost its belief and conviction  twitter noise levels went up to a last-minute  eleven+ in both intensity and vilification. There was no sense in it - it wasn't going to affect the outcome of anything - but they couldn't stop themselves, the hatred was an inner   reaction that they had no control over. Then they fell away to their present impotent selves. That's what starvation does.
The claims of the motley collection of chancers and fantasists saying they are "researching  the case" have met with  the same fate  by a different route. The Kate and Gerry version pointed to physical objects - windows, doors, shutters - as the basis of their stories and produced a wonderful typescript from their friends filling in the gaps and providing a useful and versatile abductor suspect with a child in his arms.

Time and its acid tears, the PJ and  nice Mr Redwood and his people unpicked this edifice a  brick at a time leaving only the couple and their words; there they now stand, staring  silently into a void. Nothing remains.

The Usual Suspects  had never pointed at  anything  in the first place:  despite the nonsense about creche records and "information groups" and "research" the only pointing has been exclusively inwards. The theories came first not the facts, which were adduced afterwards by selectively picking from the Case Files. But where, then,  did the theories come from? The imagination, where else?  The supporters' belief  disintegrated along with the destruction of the parental claims; the Usual Suspects haven't witnessed any destruction because there was never anything to destroy, just wraiths. You can't destroy the imagination. Unfortunately you can't demonstrate anything with it either.
Once all the low-hanging fruit had been picked from the files the "researchers" ran out of road. Being imaginary none of these theories could ever be developed or refuted, only repeated, and somehow, so devilish are the forces ranged against the poor sods, so wicked the background operators at work, those smoking guns never, ever turn up.
That's what stops people listening. That's what makes people restive.  But where to go to bolster the theories and retain the sense of mission?  Sources like Grange press releases are much too earthbound and besides, whatever else they disagree on, they all agree  they're released  by Pat Brown's  Grange and Pat Brown's Grange, remember, is corrupt to the core and will lie to the "researchers". Oh no, you don't fool them that easily.
They are left with newspapers. And here's the first comical irony. Where do the papers get their stories from? Well, little things like libel laws mean that they've come from one source  for the last five years or so.   Do you begin to get the connection  yet? The "researchers'" evidence is coming  from Kate and Gerry McCann; and it's provided to them via the MSM, the people that drove Brenda Leyland to her death. 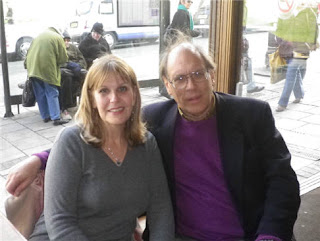 It takes one to know one

And so we return to the four men and the dog. Whether they or the dog have called on Kate 'n' Gel since April we don't know - but someone from Grange  has, haven't they? Non-MP Clarence Mitchell gave a public statement that they did. With instructions to stop working the media.

The Portuguese and UK police have, bit by bit, silenced the  McCanns completely, finishing them off in April when  their dodgy newsfeeds and "anniversaries" were ended. By the time the pair have  found a way round that one it will be too late: the parents will either be cleared and without any need for newsfeeds or a pre-trial situation will be in force, including the contempt of court rules on what the rags can print.
So the Usual Suspect "researchers" are left to be even crosser and starting to fight among themselves, as twitter demonstrates. And, wonderfully, it is the despised, corrupt and useless Grange that has starved them out by turning off the newspaper "sources" tap! Something just isn't right and they can't understand why they  don't they have any cans of factual baked beans, or even factual  paper darts to hurl back at the wicked NT and his like.  Oh irony, how delicious you are.

And the four men and a dog?  My guess is that, having anaesthetized the newsfeeds, they've spent a lot of time quietening things down further,  taking down the press statements and generally letting the investigation slip quietly from the mind of the greater public, if not from ours. Still, if you ring them up you can proudly tell your friends that you were reassured by a quarter of Operation Grange.

Back, finally,  to where we began: what Kate and Gerry McCann unleashed on us by using the decayed and hollowed-out MSM as a tool in their own defence.  After all their efforts over eleven years  and  the expenditure of millions what are they leaving us as Grange, so we're told, whitewashes them into the sunset?
A trail of sheer destruction. What stands out most is  their essentially unfathomable genius for triggering  hate and dissent between  friends or strangers alike - look again at Malone's choice fruits above, look at what is being shouted on twitter, look back again at how Portuguese and British tore each other apart - real, bitter  enmity that touches almost everybody in their ambit. The wrecked career of Goncalo and the desecrated body of poor Brenda Leyland stand as lasting symbols of  the McCanns'  legacy. Beside that, almost nothing is of any significance, not even the parents' eventual fate.
﻿